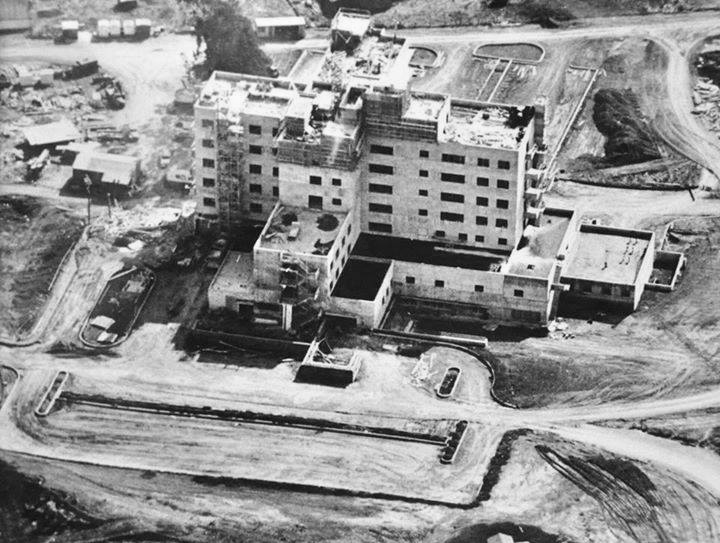 Like much of the land in Castro Valley at the time, the area where Eden Hospital would eventually stand was used as ranch space. The occupant of that land at the time was Wally Glass who operated a bird farm, selling pigeons and squabs to locals. Glass also managed a horseback riding arena on the premises as well—down where the hospital’s parking lot would be—which was popular with the town’s youth. As the town began to modernize with more and more land allotted for retail spaces and housing developments, the need arose for modern facilities capable of sustaining the town’s growing population, one of the most important being a town medical center. In 1948, the residents of Castro valley, Hayward, San Leandro, and San Lorenzo formed the Eden Health District for the purpose of constructing what would be known as Eden Hospital. 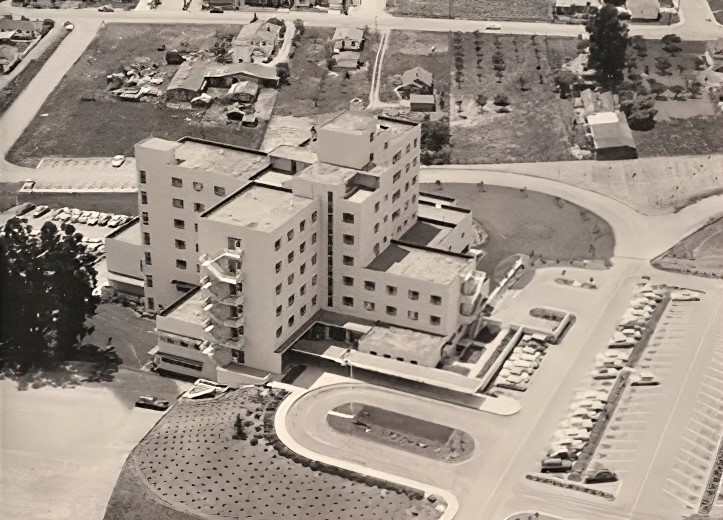 Construction began on Eden Hospital in 1951 and was completed in 1954. Immediately the hospital served as a marker for the area’s rapid population growth: birth rates at Eden Hospital were higher than any other hospital in the Bay Area, and Castro Valley’s population (which had already jumped about 400% throughout the 1940s) continued to grow into the 1960s. In addition to being one of the busiest hospitals around, medical technology at Eden was among the most advanced: early on in the hospital’s history, surgeons at Eden were able to successfully reattach a man’s nearly-severed leg, one of the first surgical operations of its kind. 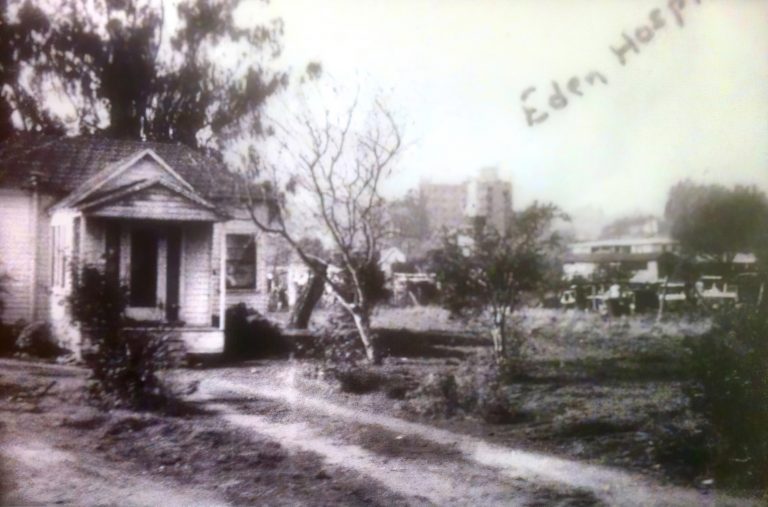 The hospital underwent gradual additions throughout its lifetime, including the construction of new facilities in 1957. In 1986, Eden Hospital became one of the institutional members of the Trauma Education Consortium, an organization comprised of nurse educators, clinical nursing specialists, and trauma program managers with the goal of providing medical trauma education to participating facilities: Eden Hospital itself was (and still is) the only trauma center for a large portion of the East Bay. 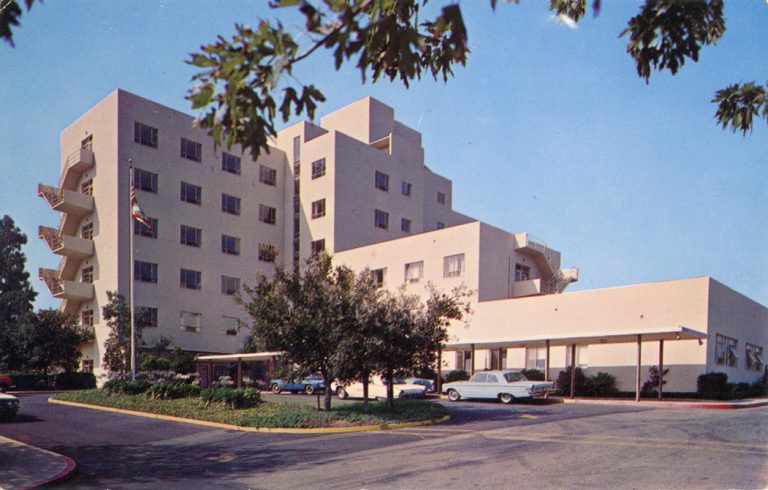 Further changes to the Hospital’s position in the community came in 1976 when the Eden Health District Board voted to end the collection of local property taxes for the purpose of supporting the hospital. Despite this, Eden Hospital maintained its status as a community hospital—as well as one of the town’s largest employers—up until the late 1990s. In 1997, the District reached an agreement with Sutter Health to continue operating as an affiliate not-for-profit medical center.

In 2013, having served the community for over half a century, the original Eden Hospital building was demolished and replaced with a brand-new, state-of-the-art facility. The primary purpose of the construction project was to achieve compliance with California’s seismic safety law, of which the old hospital’s mid-20th century design could not meet without extensive and complex retrofitting. The construction of a new hospital also allowed for a fundamental redesign of the facility’s layout: the old building had a total of just over 150 beds, often with two or four beds per ward. Because modern infection control procedures prevented these rooms from being used to their full capacity, only about 60% of the hospital’s beds could be used safely at a time. The new hospital contains about 130 beds each contained in their own private rooms, maximizing safety and utility. Additionally, the switch from the old hospital to the new hospital accompanied a shift from paper files to electronic files, removing the need for physicians to physically locate patient charts each time they move between floors.

Though the old Eden Hospital served Castro Valley well for many years, health and medicine is one area where being up to date is an absolute necessity. In order to meet modern healthcare standards even iconic landmarks like the Eden Hospital must change with the times. 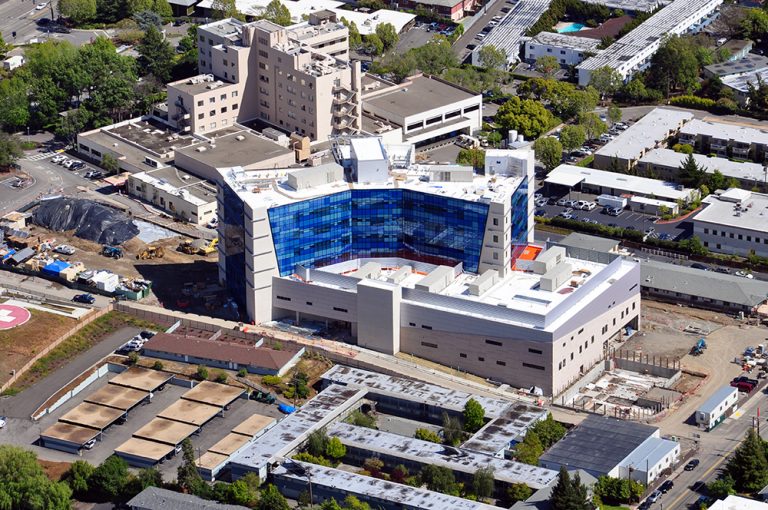