Though recognized today as one of Castro Valley’s main outdoor hotspots, the man-made Lake Chabot reservoir was closed to recreational usage for over half of its existence. In this edition of our Castro Valley history series, we’ll examine the origins of Lake Chabot as well as the dedicated workers who made its utility to the greater East Bay a reality. 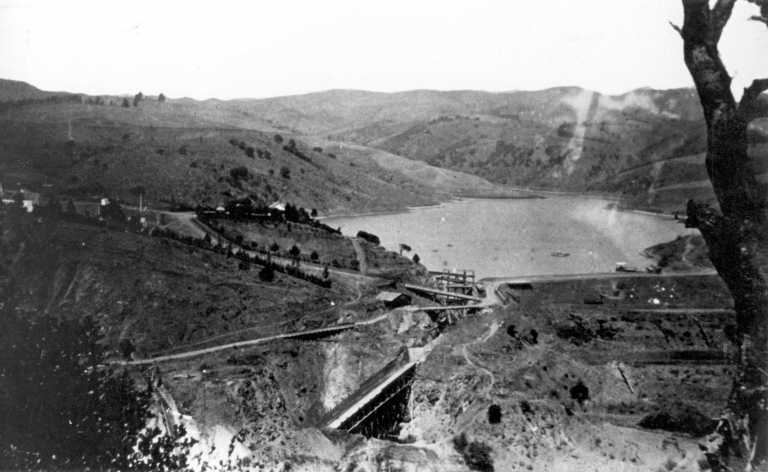 Originally known as the San Leandro Reservoir (due to being the first dam built atop San Leandro Creek), the reservoir now called Lake Chabot began construction in 1874 under the supervision of Anthony Chabot’s Contra Costa Water Company, which at the time maintained a water monopoly over much of the East bay. Chabot, a French-Canadian businessman, had pioneered then-cutting-edge (though highly destructive by modern environmental standards) hydraulic mining techniques. He employed these methods previously throughout California during the Gold Rush of the mid-1850s wherein high-pressure water cannons were used to erode flakes of Gold from nearby mineral deposits. The general shape of Lake Chabot was formed in this same way, creating a gradual basin of sediment that would fill and drain in a predictable, controllable manner.

The primary purpose of the new dam was to provide water to the growing population of the East Bay, specifically the city of Oakland whose previous water source of Lake Temescal (a reservoir also constructed under Chabot’s guidance) had begun to prove insufficient. The amount of labor required for the project was immense and, like many of California’s industrial achievements during the mid-to-late 1800s, the hard work of Chinese immigrants was indispensable. In fact, a vast majority of the most crucial work during the construction of the Lake Chabot dam can be traced to them. 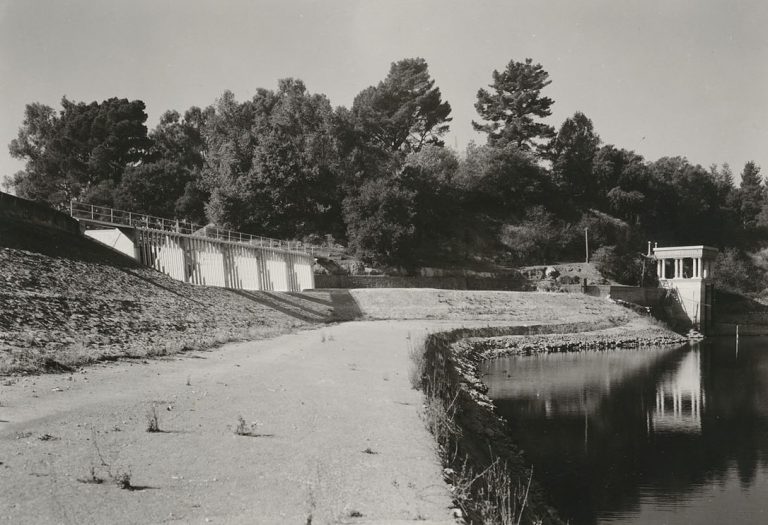 While the hydraulic mining machinery did the work of loosing sediment from the nearby hillsides, the work of transporting raw materials, constructing pipework, and clearing vegetation fell by-and-large to the Chinese workers. In contrast to the massive mining machines, much of this work was accomplished by hand using small but reliable tools like pickaxes and shovels. Additionally, the sediment released via mining required physical compacting at the bottom of the reservoir in order to retain water; this was accomplished through a process called “puddling” in which workers on horseback trampled the earth into a hardened, cement-like state. One of the most important (and most dangerous) jobs performed by Chinese workers involved the excavation of the about 3100 feet of tunnels through the hillsides necessary for water transport. In 1889 during the construction of a spillway tunnel, 4 Chinese workers—Lock Sing, Toy Sing, Ah Bing, and Kim Yuen—were killed in a dynamite explosion, a fate all-too common amongst Chinese industrial laborers in California at the time; a memorial dedicated to them can can be found about 300 yards into the Lake Chabot Historical walk. 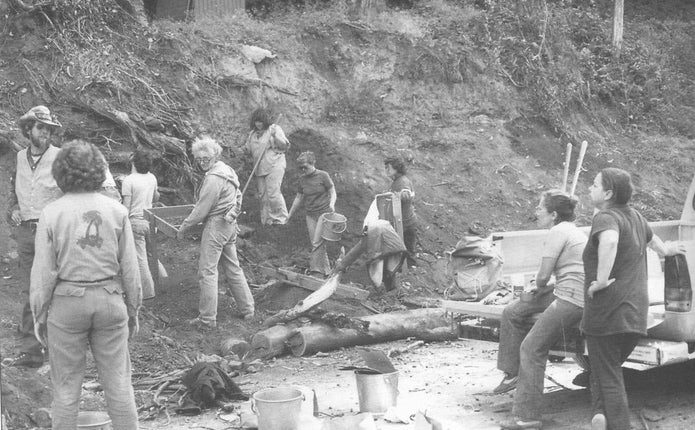 Despite their hardships as poorly-compensated immigrant laborers, the Chinese workers of Lake Chabot maintained their dedication and sense of community by holding onto their traditions, remnants of which could be found buried beneath the landscape. In 1979, researchers from California State University Hayward led by Anthropology professor George Miller discovered nearly 60,000 artifacts from the Chinese encampments that once stood there over a century before. Among the artifacts recovered were wine cups, rice bowls, ceramic soup spoons, large soy pots, ginger jars, opium pipes, preserved medicinal herbs, and vast amounts of pig bones, reminders of a wholly unique daily life and diet. The camp was named “Yema-Po” by the researchers, Cantonese for “wild horse slope”, a reference to the aforementioned importance of puddling to the Lake’s construction. 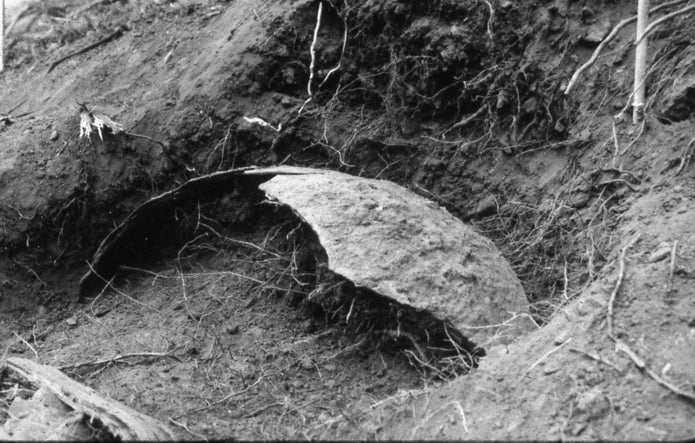 Today, Lake Chabot no longer serves as a primary water source for the East Bay, instead acting as an emergency water supply (hence the present restrictions in place against swimming). With the Lake’s usage as a water supply superseded by the Upper San Leandro Reservoir—which was built further up the San Leandro Creek and necessitated the renaming of the former San Leandro reservoir—Lake Chabot was opened up for recreational use in the 1960s, becoming a popular fishing spot with the addition of trout, catfish, and bass to the local ecosystem. In the decades since, Lake Chabot has become a popular walking destination and outdoor activity hub for the people of Castro Valley, but this peaceful status could not have been achieved if not for the work of the immigrants who toiled tirelessly to create it. 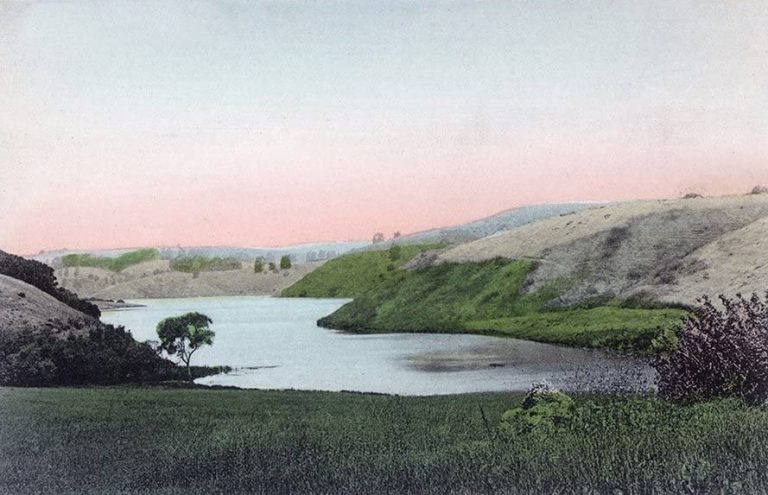