Over the past century, the landscape of Castro Valley has transformed from vast tracts of chicken ranches into a bustling suburban center. However, one of its most advanced buildings belongs to one of its oldest institutions: the Castro Valley Library. In this edition of our Castro Valley history series, we’ll take a look at the humble origins of our town library and its journey from a small, ragtag operation to a pillar of the community.

First established in 1915, what could be considered Castro Valley’s first library was originally known as the Crow Canyon Branch of the Alameda County Free library, initially based in the home of one Mrs. M.J. Alves. The following year the fledgling library, whose catalog contained just over 50 books and only 8 library cardholders, relocated to the home of Kathryn Weaver along East Castro Valley Boulevard. Now known as the Castro Hill Branch, the library expanded its catalog to around 200 books and more than doubled its cardholding base to 18 people. However, this location would prove to be short lived as well; in 1918, the library moved to its third location, the so-called “Brooder Branch.” 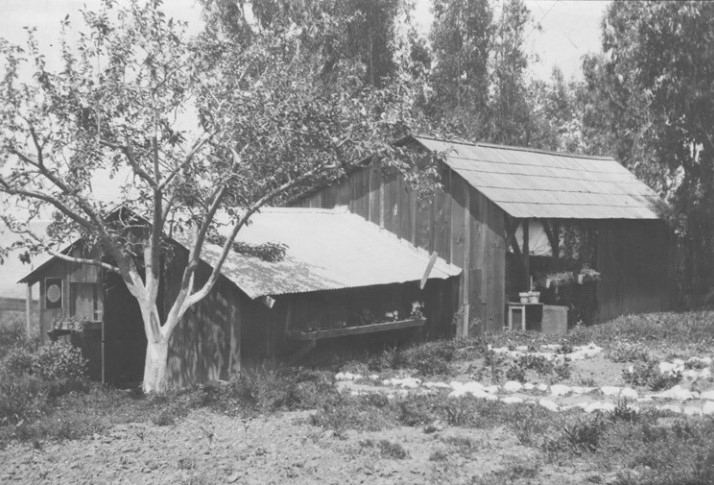 Fittingly named on account of its placement within a large repurposed chicken coop, the new site of the Castro Hill branch was maintained for nearly 47 years by the building’s owner, Mrs. Emmarene Due. Located where the Castro Valley Masonic Center sits in the present day, the Brooder Branch mainly served residents living near Crow Canyon, doubling its catalog size and nearly tripling its active patron base. Unusual both for its placement and its dedicated patrons, the Oakland Tribune once wrote that “Alameda County is the only county in the United States which maintains a library in a chicken coop… one of the most successful and generally used of all the county library branches.”

Despite the localized popularity of the Brooder Branch, residents of downtown Castro Valley at the time did not have easy access to a library located on the outer edge of town. With urging from the Parent Teacher Association, Gertrude Booth successfully petitioned the county to allow for another, more central branch of the library. In 1927, Mrs. Booth—like Mrs. Due before her—opened her library branch on her own property, this time in the body of a converted tank house. Known as the Castro Valley branch, Mrs. Booth served as its librarian for 32 years, seeing it through the Great Depression and WWII. As Castro Valley gradually shifted from a rural agricultural town into a suburban bedroom community, the central placement of the library—located where the Castro Village Walgreens stands today—made the building a popular spot for local gatherings and community interest classes catering to the new population of young families.

As the surrounding community modernized through the 1950s, the Castro Valley Library grew larger and larger: by 1950, the library had around 17,000 books, dwarfing its sister Brooder Branch (which later closed its doors in 1965). However, despite its increased size relative to its predecessors, the Castro Valley branch found itself surrounded by the newly constructed Castro Village shopping center. Following Mrs. Booth’s retirement in 1959, the property containing the tankhouse was sold to the Castro Village. Plans to relocate the library had been underway for a few years by that point; in 1958, a year prior to Gertrude Booth’s retirement, Alameda County purchased a spot of land on Redwood Road to serve as the library’s new location. For the first time, the Castro Valley library would have a home built specifically to function as a library, designed to modern standards. 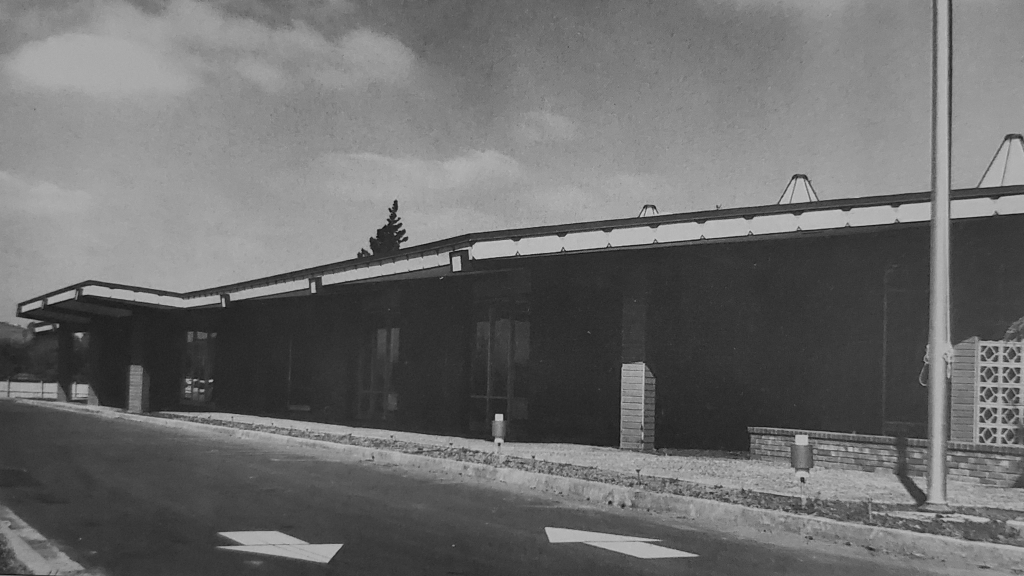 The Castro Valley Library’s home on Redwood Road opened in 1962 and, for nearly 50 years, faithfully served Castro Valley. An institution that once began as one woman’s small operation with less than 50 books grew to encompass over 40,000 volumes by 1967. Through the 70s and 80s, the library further expanded its catalog to include comic books and local history books, as well as bringing computers to many Castro Valley residents for the first time. However, as Castro Valley continued to grow, this location would also prove too small for the town it served.

The land of where the new library sits on Norbridge Avenue was purchased in the early 90s by Alameda County and, following decades of fundraising, opened in 2009. The result of a $22 million partnership between Alameda County, the state of California, and the residents of Castro Valley, the new library commemorated its opening with a human chain of nearly 2,000 residents between the old Redwood Road location and the new location known as the “great Castro Valley Book Pass”, the first book transported being local historian Lucille Lorge’s History of Castro Valley. Though the grand Castro Valley library of today may be a far cry from the cramped quarters of M.J. Alves’ Crown Canyon Branch, the legacy of a community brought together by knowledge still stands strong today.