From World War II onward, Castro Valley shifted from a small farming town to a suburban bedroom community. As more and more young families came to Castro Valley, the town’s viability as a commercial center became more and more obvious. In this edition of our Castro Valley history series, we’ll discuss one of the projects that made Castro Valley what it is today: the Castro Village. 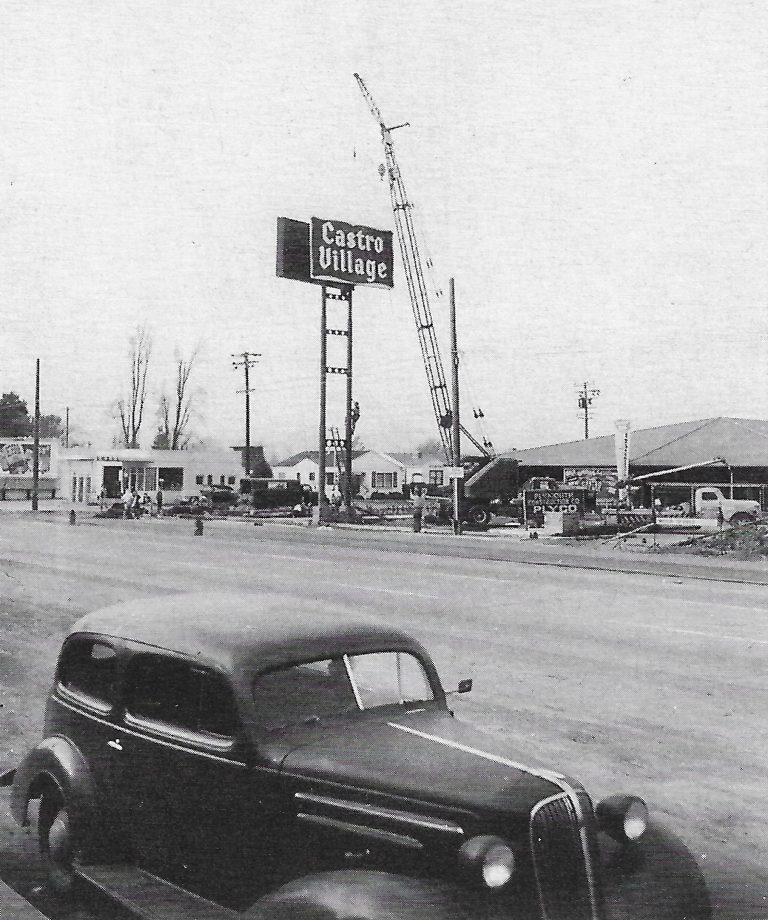 Like much of Castro Valley, the land that would eventually be home to the Castro Village served as farmland. Following the post-war economic boom, suburban housing tracts began to dominate the local landscape, taking the place of land once covered by chicken ranches and farms. An influx of new homeowners naturally meant a new consumer base. Additionally, the rise of car ownership among the average American necessitated the construction of commercial spaces that could take advantage of the increased mobility of consumers. Castro Valley’s central location within the East Bay made it an ideal place for prospective business owners.

As Castro Valley’s agricultural economy began to decline in the face of heightened suburbanization, some saw great potential in this new population. Arnold Anderson and Robert Nahas—a real estate agent and property developer respectively—formulated the idea for a commercial center, one that would make use of a large tomato field across from Anderson’s office on Castro Valley Boulevard. Anderson and Nahas created the Castro Village association to bring potential investors into their plan: their pitch—“Castro Valley is the greatest Commercial ‘sleeper’ in Northern California.” Looking at a map of the region makes their reasoning more apparent: Castro Valley is surrounded on all sides by large urban and suburban populations, from Pleasanton to the east to Hayward and San Leandro to the west. Coupled with the growing ubiquity of the family car, a locally-operated business center would serve to attract out of town consumers while keeping the money within the community. 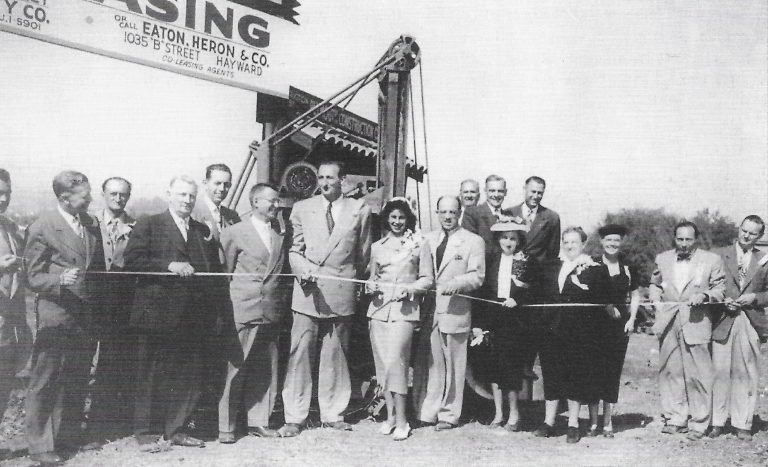 After years of planning, the Castro Village project broke ground in August 1950. At a cost of around $600,000, it was one of the most expensive in the town’s history. Designed with modern stylings in mind, one advertiser at the time remarked that the project was “a part of the transformation to a progressive community,” marking a shift from a small farm town to a bustling suburb. According to Arnold Anderson, of the 28 planned storespaces, 10 of them had signed onto leases before construction had even started; 4 months later when construction concluded, these businesses welcomed customers at the Castro Village’s grand opening. 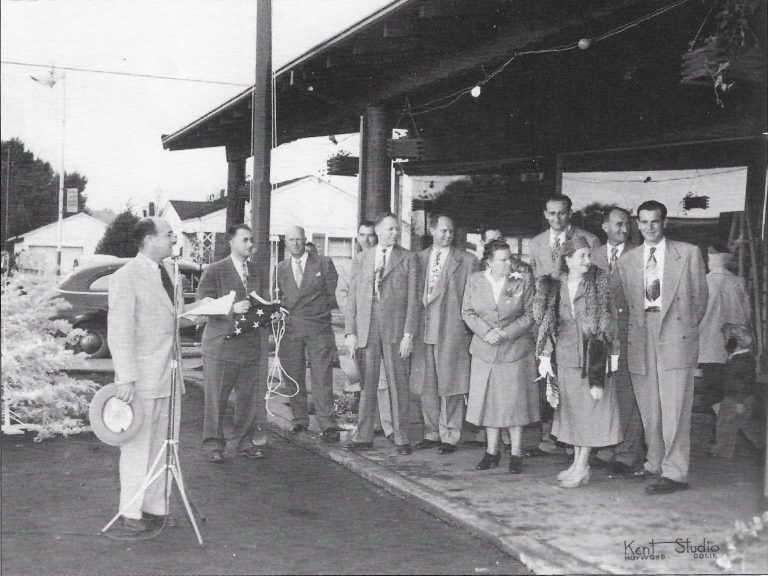 The grand opening of the Castro Village took place on November 30, 1950 and included a number of special events such as a square dance performed by two local teenage dance troupes and the “Children’s Daylight Train”, a small locomotive which proved popular with the local children. Some of the first businesses in the Village were, among others, Lee’s Brothers Grocery Store (the largest store in the village upon its grand opening), the Mode O’Day dress shop, Loupy’s Bakery, and Coonradt’s Dime store, all locally owned and operated.

As the years went on, the Castro Village saw multiple expansions and the influx of additional businesses, as well as the departure of old businesses. Stores like Village Foods (an organic food store that catered to emerging health trends) and the Castro Village Bowl came about as the result of the property’s gradual growth in the 60s, 70s, and 90s, the latter of which still operates to this day. Nevertheless, the longevity of the Castro Village speaks to the truth of its original purpose: Castro Valley was and continues to be a commercial hotspot in the East Bay. 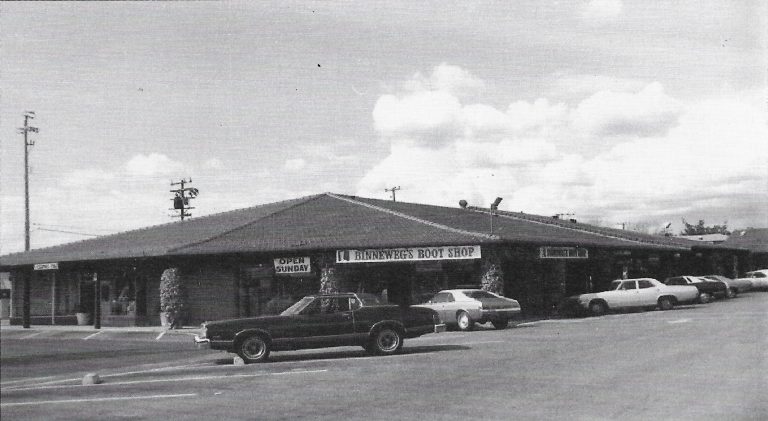