The amount of small local movie theaters in America dwindles year by year, but there are a few that serve as an exception to that rule: the continued survival of Castro Valley’s Chabot Theater serves as one such example of resilience. In this piece, we’ll be taking a look back at the history of one of Castro Valley’s most iconic landmarks, as well as looking forward toward its future. 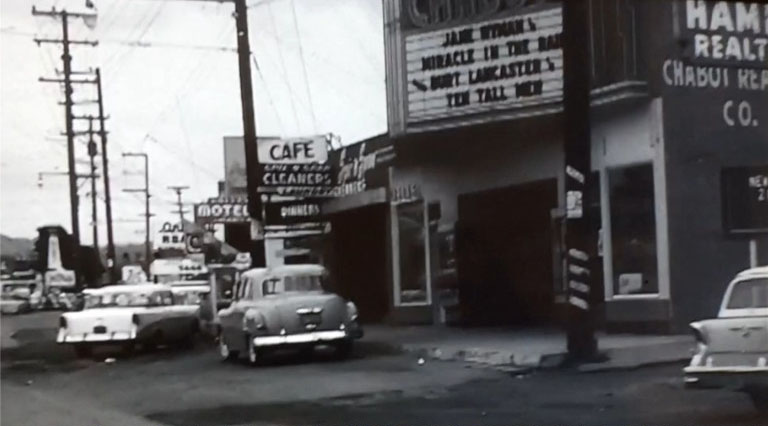 Construction on the Chabot Theater started in 1948—the result of a partnership between Chabot Realty, Bank of America and builder Kenneth Ruggs—and opened its doors in 1950 with a double feature premier of Willie Comes Marching Home and The Nevadan. Up until the mid-1970s, the Chabot was owned and operated by former Chamber of Commerce President James Toler Sr. Following his death in 1976, the theater was passed to his son Gerald, who maintained the business into the mid-1990s.

For nearly 25 years, the Chabot was under the management of Paul Gunsky, owner of the local theater chain CineLux. Cinema was Mr. Gunsky’s family business: his father, who made his living managing movie theaters for over 20 years, opened his first theater (the Plaza Theater) in 1966 down in Campbell, as well as the Almaden Cinema in San Jose. “My earliest memories were of both of my parents working at either the Plaza or the Almaden theater,” Gunsky said. “I started with popcorn and soda, selling tickets. I was Probably in the seventh grade when I started running the projectors.”

At the time of its purchase by the Gunsky family in 1994, the Chabot was the first theater in the family’s newly-formed CineLux theater chain, as well as its only single-screen theater. “When the Gunsky family bought it… they improved it a great deal,” said the late Bonnie Dettmer, former Chamber of Commerce Executive Director. “It was always beloved, but often before you sat down you had to feel the seat to make sure you didn’t sit on a spring.” 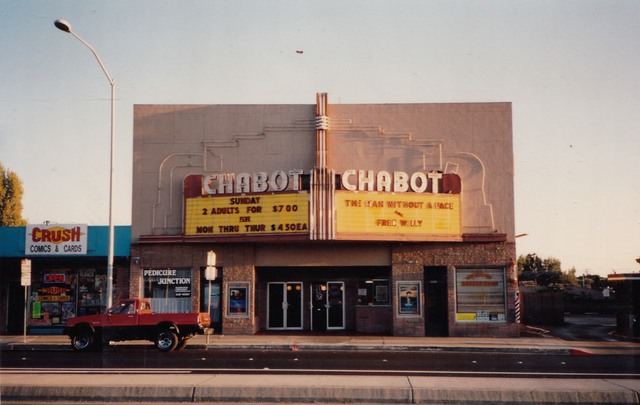 In a theater field occupied by megacorporations like Regal and AMC, smaller theater chains like Mr. Gunsky’s operated by maintaining good faith with their surrounding communities, and the Chabot Theater was no exception. An important source of income for the theater came from pre-show advertisements paid for by local businesses. Small theaters like the Chabot rely heavily on community engagement to get by, especially in today’s movie landscape dominated by streaming services.

In 2019, CineLux put the Chabot theater up for sale. Fearing the potential loss of a Castro Valley landmark, Paul Keim of Smalltown Society—a collective of local artists and community advocates—partnered with the First Presbytarian Church of Hayward to purchase the theater. The sale, which was completed in June of 2019, marked the start of a new chapter in the theater’s storied history.

Having been an employee of the theater in the early 2000s, Mr. Keim has first-hand knowledge of the Chabot’s importance in Castro Valley culture. Recognizing the potential to create a community hub of local arts and entertainment, Smalltown Society have worked to revitalize the theater over the past year of operation, including a new schedule of midnight vintage film screenings and a wider range of independent films. Additionally, the group has future plans for incorporating stage and musical performances into the Chabot’s programming, providing a platform for local musicians, actors, comedians, and more to showcase their talents. Prior to the start of stay-at-home orders in California, the Chabot had already begun incorporating segments of No-Name’s Record Room—a showcase of local artists filmed at One Bad Apple Records right here in Castro Valley—into its pre-show schedule.

Due to the Coronavirus pandemic, the theater has temporarily closed its doors to in-person viewing. In addition, Smalltown Society has had to delay plans for potential enhancements to the theater, including the addition of another screen and brand-new theater seating. However, the Chabot continues to operate online through digital screenings of films from a variety of independent studios. The theater also holds live Riff-Alongs of classic films à la Mystery Science Theater, encouraging audience interaction for a communal theater experience.

Film is a timeless form of entertainment, often providing a source of relief even in the most trying times. For over 70 years the Chabot Theater has served as an invaluable source of entertainment for our community, and none of that would be possible without the combined passion of its owners and its faithful patrons.