If you’ve lived around Castro Valley for a while you’ll know that, before the opening of the Castro Valley Marketplace, the large building located at the heart of Castro Valley Boulevard was, for the most part, completely vacant. In this installment of our Castro Valley History series, we’ll be taking a look at the past of an establishment that still goes by one name in the hearts of many Castro Valley Residents—the Daughtrey’s building. 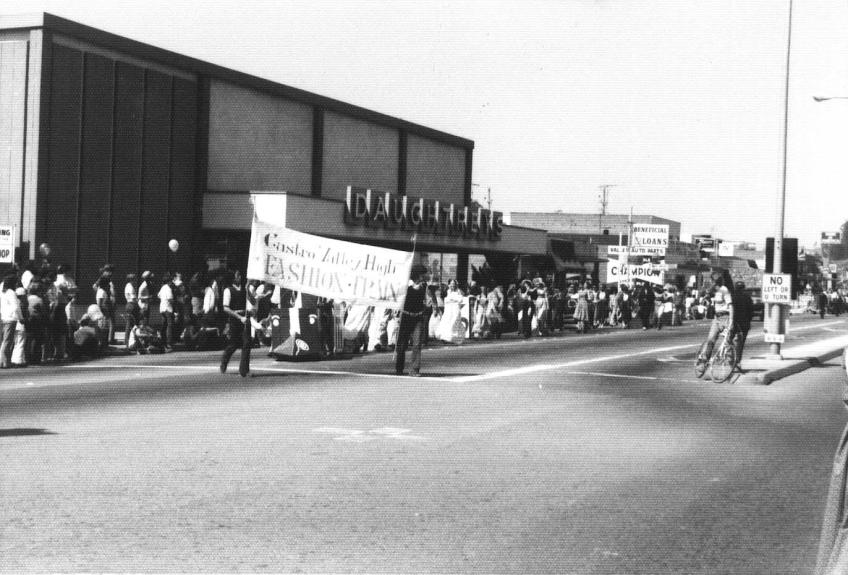 The story of the Daughtrey’s building, of course, starts with the Daughtrey family. The family’s patriarch, Keller Daughtrey, gained business experience as a manager at JCPenney’s before opening his first business in Willows, California. Over the next twenty years, the Daughtrey’s family business grew to encompass three locations in Willows, Auburn, and Castro Valley.

Though the building across the street from the Castro Village was their primary location for most of the family’s history, the original Daughtrey’s store in Castro Valley was located about a block away at the corner of Nunes Avenue and Castro Valley boulevard, a space now occupied by Cabinets etc. Seeking to upsize from their original location, Daughtrey’s moved to its new location in 1965. According to Ernie Daughtrey, who worked at his family’s business for the next 40 years, the construction and layout of the Daughtrey’s building was based in part on the standard arrangement of the JCPenney stores that his father had become so familiar with: a mezzanine, a main floor, and a basement. 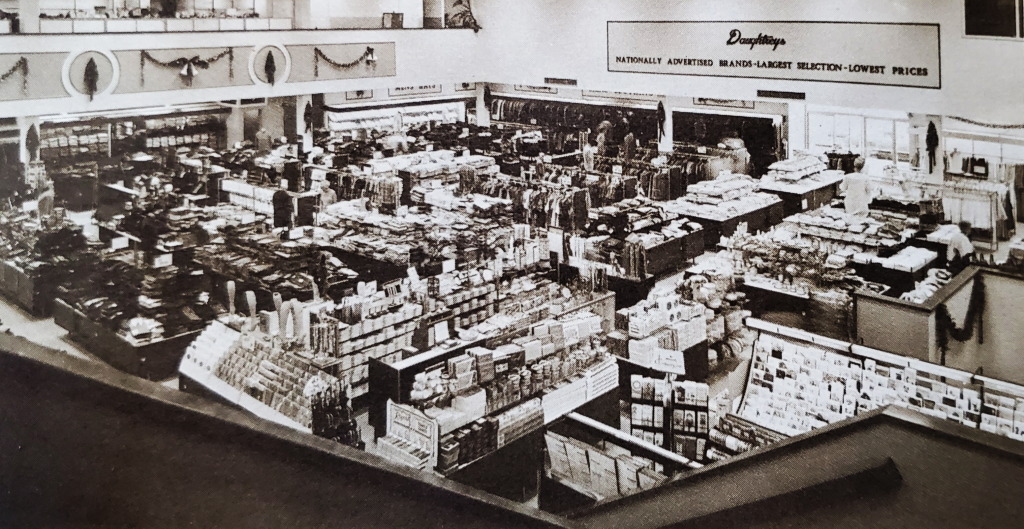 Though larger department stores of the time like JCPenney’s, Sears, and Macy’s were common throughout all parts of the country, individual communities often had local, family-owned department stores like Daughtrey’s that competed directly with the big names in the industry. For example, Ernie says that Daughtrey’s had a particular reputation for carrying Levi’s jeans; “we had the finest Levi’s stock you could buy anywhere,” he says, “nobody had more Levi’s in their inventory than Daughtrey’s.”

Unlike today, wherein home goods, apparel, beauty products and more can be researched and purchased online with little to no human interaction, knowledgeable department store sales associates acted as guides for shoppers, informing their purchases based on the customer’s stated preferences. Additionally, where modern retail is often associated with high turnover, being a sales associate at Daughtrey’s became a career, some of which spanned over 20 years.

The success of Daughtrey’s depended not only on its loyal employees, but also upon the devoted patronage of the community. To many Castro Valley families, Daughtrey’s was an institution, with families and sales associates forming connections that lasted for years; as Ernie puts it, for nearly three generations “the people of Castro Valley were royal to us.”

Ernie recalls the late 1970s and 1980s as the peak of business for Daughtrey’s in Castro Valley, but as the popularity of malls boomed across America the need for dedicated department stores began to decline. Larger chains were able to absorb some of the impact from a gradually shrinking customer base, but local stores like Daughtrey’s had a more difficult time. Ken Carbone—Castro Valley MAC member, principal at Dolphin Graphics, and lifelong Castro Valley resident—recalls this shift: all of a sudden, the shopping mall became the experience and the store that had everything, like Daughtrey’s, became sort of a jack of all trades, master of none,” he says. “People weren’t going to those kinds of stores anymore.”

A decline in business coupled with the economic recession that began in 1990 led the Daughtrey family to sell their namesake store by August of 1991. For nearly thirty years, the former Daughtrey’s building remained mostly vacant, at one point serving as a billiards hall and later as the seasonal home of the Spirit Halloween store chain. Daughtrey’s sat for most of that time in a state of limbo, failing to secure long-term occupation plans.

However, in late 2017 an agreement was finally reached to begin development on a new retail space in the former Daughtrey’s building: the project ultimately coalesced into the Castro Valley Marketplace, a collection of local small businesses inhabiting a shared communal space.  Ken Carbone, who was part of a selection committee to hear multiple business proposals for the building’s future, cites Main Street Property founder Craig Semmelmeyer with driving the redevelopment concept which, coincidentally, would not have worked without the building’s unique layout.

In order for businesses to occupy space without the massive individual investment costs typically associated with buildings of that size, the three-layer structure allowed the developers to build an infrastructure which small businesses could operate out of: the basement area was converted into a large shared kitchen for each restaurant to utilize accordingly, while the main floor and mezzanine would function as storefronts and event spaces respectively. 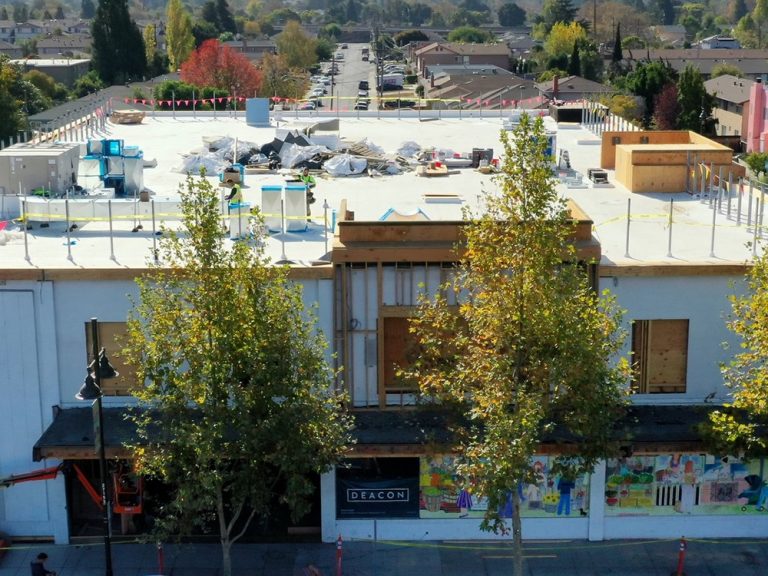